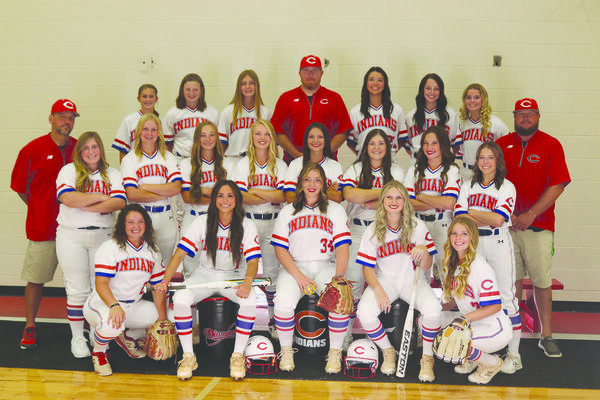 Comanche softball coach Aaron Minor knew last year that the season could go either way. He had a talented but young team with only two seniors. His young squad responded however, enjoying a 20-plus win season and a trip to the state tournament for the first time in decades for the Lady Indians.

A year later, Comanche has gone from underdog to a team with high expectations.

“We’re still young, but we do have a whole season of experience under our belt,” Minor said. “So there is now a little more expectation. That’s not to say just because we have eight returning starters that we will be going back because we still have to come out here and grind. We’re not where we want to be right now, but we shouldn’t be.”

The freshman class is the largest on the team with six players who will need to step up and they also have a move-in, Josey Harris, who is a junior, to help add some depth.

The team has a strong senior class anchored by four-year starters Brighton O’Connor at third base and Gracee Miller at shortstop.

“Personally, I have 100 percent confidence in them,” Minor said. “They’re great leaders off and on the field and they are solid on their side of the field defensively. It’s one of those things you don’t try to take for granted, but it’s hard not to because I feel so confident in them that my focus goes to some of the younger players and other positions.”

Another position Minor will not be spending much time worrying about is at catcher. Mykayla Slovak, who was named the district player of the year last season, returns for her junior year with her rocket arm that keeps base runners honest.

Kamrey Rendon, a junior, and sophomore Jentry Whaley who did the bulk of the pitching last year return and Harris also has experience on the mound.

“The thing is I’ve got several girls I could put out there,” Minor said. “I’ve got a lot of good softball players on this team, so we have a lot of depth and it could be a deal where it’s whose hot and whose not during the season.”

Whoever is not pitching may be playing somewhere else in the infield. There have been four players, Rendon, Whaley, senior Aspen Loafman and freshman Jaylee Roebuck who have been rotating at first base.

Ayli Minor moves from right field to left field this season and Raylee Cheney will once again roam center field. Right field could see a rotation of different players. Freshman Bre Gill has been playing there the most in the pre-season.

Minor will also be looking for ways to get freshman Jaelyn Reed on the field to take advantage of her exceptional speed.

Minor, though, is not thinking too far ahead.

“It’s not like Lindsay, Kingston and Davis are going to be like, ‘Oh, Comanche has eight returning starters, so they’re going to win the district,’” Minor said. “Nothing is guaranteed. Every game is going to be a grind.”

For Miller and O’Connor, this season marks the end of a couple of stellar high school softball careers.

“I think we have a good team,” Miller said. “We’ve got a lot of skilled players and we have higher expectations. We don’t just want to go to state, we want to move on.”

“I’m so excited about my senior year,” O’Connor said. “My freshman and sophomore years were a little tough, but then we went to state my junior year and I’m really excited about the team this year.”

Personally, O’Connor said she’d like to be able to accomplish a couple of things.

The Lady Indians open the season on the road at Plainview for the Lake Country Conference Festival on Monday. The first home game will be Tuesday against Elgin at 5 p.m.