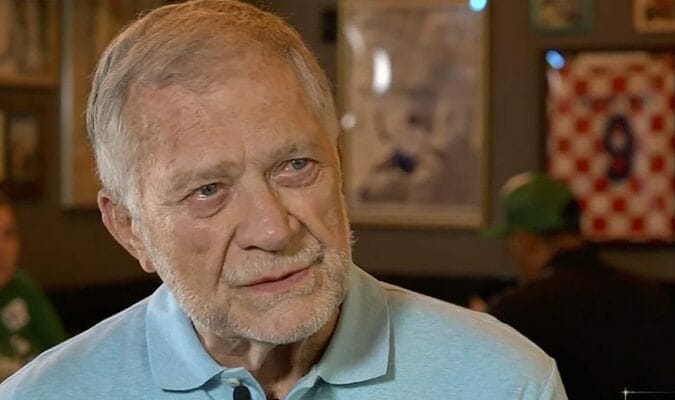 One Comanche native is going to get the chance to see a part of his life played out on the silver screen by one of the biggest stars in Hollywood.

Bill Kinder coached the 1984 U.S. women’s soccer team to the country’s first major international soccer title in men’s or women’s. It will be a major motion picture with actor and Texas native Matthew McConaughey playing the lead role of Kinder.

When Kinder left Comanche 60 years ago he had no idea that he was going to be the one of the biggest influences in making the U.S. women’s national team the big success it is today.

It was the soccer version of the 1980’s U.S. men’s Olympic hockey gold medal run known as “The Miracle on Ice”. They surprised everyone but themselves.

The U.S. did not even have a national team in 1984. Kinder had been coaching a 19-under women’s team known as the Dallas Sting for several years.

“The soccer federation called me in July and wanted to know if I could put a team together for the tournament in China,” Kinder said. “The tournament was in October.”

Undeterred, Kinder started to prepare his team for the international tournament.

“They were a really, really good team,” Kinder said of his squad.

And Kinder got the most out of them.

“Soccer is a game of fitness, the team in the best shape wins most of the time,” Kinder said. “We would start every practice with a two-mile run that they had to complete in a certain time. If they didn’t, they had to run it again. After that we would do calisthenics and agilities. Then, when their legs were rubber, we started the soccer skills. We were the fittest team at the tournament.”

It was one of the few advantages the team had over the other teams, which were made up of experienced professional players while the American team was all teenagers.

“Italy had the No. 1 team in the world and had the best player in the world named Rose Riley,” Kinder said. “She was Scottish, but the Italian national team bought her contract and made her an Italian citizen.”

Kinder was raised in Comanche and has extended family in the area. He left Comanche after graduating high school at the age of 17 and then headed to Norman to attend the University of Oklahoma, graduating in 1962.He then moved to the Dallas area and has been there ever since.

He started local soccer programs in 1969 before forming the Dallas Sting in 1973.

Kinder recalled being asked by a sportswriter why he chose to lead and coach women sports at a time when women’s sports were on the backburner compared to men’s sports.

Kinder said it goes back to his time of growing up in Comanche. He came from an athletic family and had several female family members that were good athletes.

“Growing up in Comanche, we were a sports family,” Kinder said. “I played football and started all four years on the baseball team. I had friends and cousins who were on the girls’ basketball team that were playing at a high level. There was not anything wrong. It was second nature to them and the girls’ team was very popular in town. They went to the state tournament and lost to Byng in the championship game by two points. They were athletic and played well.”

Kinder looks back on his hometown with pride.

“It was a great, great place to grow up,” he said.

He still keeps up with Comanche as a subscriber to the Comanche Times and when he got three requests for interviews about the movie, he made sure to call Comanche first.

“I’ve got interviews with NBC and CBS later today, so I figured I better call my hometown paper first,” he said.

After advancing through the preliminaries, the U.S. team beat the Italians in the semifinals before defeating the Australians in the championship match on the first FIFA-sanctioned world women’s tournament, eventually leading to the first women’s World Cup in 1991.

Kinder credits his team and the execution of the game plan in pulling the upset. Where soccer is sometimes seen as a sport that teams play not to lose rather than playing to win, Kinder’s team did not play by that philosophy.

“We were aggressive,” Kinder said. “We always had pressure on the ball. Most of the time when an opponent gets the ball in their own half, the other team backs up to play defense. We didn’t do that. We went right after them. We played zone defense when everyone else was playing man-to-man. Playing zone allowed us to cut off passing lanes.”

Half the battle was just getting to China for the tournament. The Communist nation was a closed country and they had to figure out a way to get in through all the red tape.

There was a lot more involved than just a passport and a plane ticket.

“They told me if I figured out a way to get in, they would take care of us from there,” Kinder said.

There were no cell phones, fax machines or internet in 1984 to make the process any easier.

“I had to do everything by letter or teletype and I had to get it done in just a few months,” Kinder said.

It was a dangerous situation, so Kinder in a final meeting with the players’ parents and gave them one final opportunity to pull the plug.

“I wanted to make sure it was okay to take their 15 to 19 year old daughters over there,” Kinder said. “They voted unanimously to go.”

And the rest is U.S. soccer history. It was the 1984 team that gave the spark to U.S. women’s soccer to become one of the premier teams in the world. They have won several World Cups and Olympics since.

The making of a movie

Several years ago a sportswriter wanted to write a book about the adventure, so he talked to Kinder and some players about the experience.

A Hollywood movie studio picked up the rights to make the film, but it would be a few years before it would finally get the green light.

“The scariest part to me is that they have the right to fictionalize anything they want to,” Kinder said with a laugh.

Kinder said in a television interview on a Dallas/Fort Worth station that there are plans to start filming soon and that he and McConaughey will meet to get to know each other a little better.

Bark in the Park this Saturday

City agrees to chip in for Waurika Lake equipment

Lady Indians one win away from state tournament