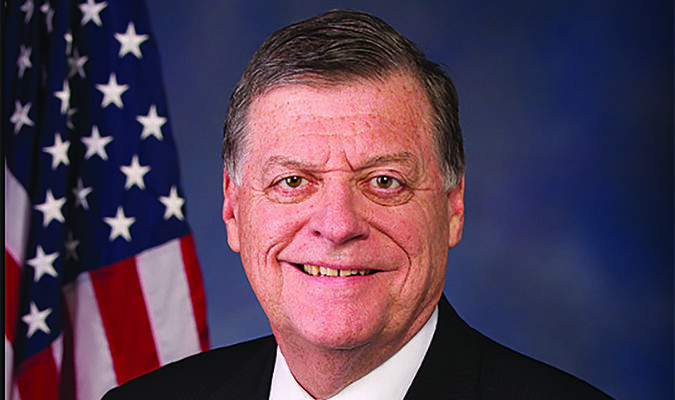 Since President Joe Biden was sworn into office nearly two years ago, prices have skyrocketed, workers’ wages have shrunk and the U.S. supply chain and labor force have suffered. The accumulation of all of this led to a decline in Gross Domestic Product during the first and second quarters of 2022, which constitutes a recession. Although Democrats introduced and passed in the Senate their deceptively named “Inflation Reduction Act,” this bill would instead do the exact opposite of what it is named to do.

With a price tag of $728 billion, this bill would make inflation much worse. In fact, it was this out-of-control spending and Green New Deal policies that played a significant role in causing our economic crisis in the first place. Additionally, this bad bill wrongly raises taxes on businesses and manufacturers during a recession. As if Americans are not already paying enough, these higher taxes would be passed onto buyers through higher prices or to employees through smaller paychecks. And despite President Biden’s promise to never raise taxes on individual Americans making less than $400,000, this bill does just that.

Next, this bill would implement a price-fixing scheme for prescription drugs that would negatively impact patients and our country’s ability to find cures for deadly diseases and only limit them to the top percentage of wealthiest Americans. In fact, it is estimated that this approach would kill up to 100 new cures and treatments. As the country that produces the most lifesaving cures and treatments in the world, this would completely devastate the fight around the entire globe against terrible diseases such as cancer and Alzheimer’s.

Importantly, the findings of the nonpartisan Congressional Budget Office (CBO), which is the official arbiter and scorekeeper of legislative costs and savings, expose this “price control” measure as merely a gimmick and limiting our nation’s ability to innovate would in turn raise prices on Americans.

It would not reduce inflation as advertised. Not only would this increase the cost of prescription drugs and raise insurance premiums, but it would also increase Medicare Part D costs by $40 billion which would be paid for by American taxpayers. Moreover, this policy would disincentivize generic drug competition, a tried-and-true method of reducing drug prices.

Furthermore, this bill would substantially increase our already unsustainable national debt. Because of our nation’s runaway inflation caused by bad policy since the president took office, American taxpayers have already put $2.5 trillion worth of new interest payments on the debt. This bill would extend subsidies, including those in programs such as Obamacare through 2025, benefiting the wealthy and subsidizing people who already have insurance. This expands federal spending without enacting any meaningful reform to real drivers of our ever-growing debt.

Finally, the president and Democrats continue their attack on small businesses. Included in this monstrous package is also a provision to allow the Internal Revenue Service (IRS) to hire 87,000 new agents to target American families and small businesses.

As the IRS previously announced a goal to increase small business audits by 50 percent, this additional funding and staffing will surely be used to audit hardworking small business owners and their small businesses.

Recently, President Biden claimed the U.S. is “on the right path” when discussing the economy, and he is right if means the path toward economic catastrophe. Instead of reversing course from the policies that have already gotten us into this economic mess, he and Democrats are doubling down. The American people deserve leaders who want to fight inflation, support workers and implement policies to allow everyone to pursue the American dream instead of those who are currently living in denial.