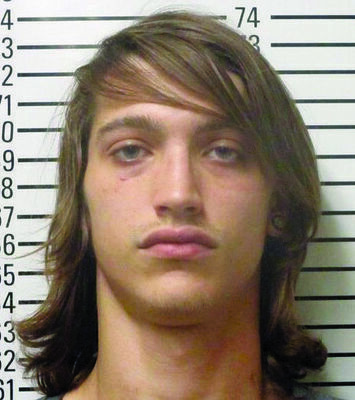 A Duncan man is two felony charges after allegedly causing the death of a three-year-old, according to court records.

On Sept. 19, a Duncan police officer was dispatched to an apartment complex in Duncan in reference to a small child not breathing and being unresponsive.

The affidavit says, Ryan Tyler Towell, 22, of Duncan, said he was the boyfriend of the child’s mother and had called 911 after finding the child unresponsive. The child’s mother was not home at the time of the alleged incident.

After being taken to the police department and waiving his Miranda Rights, Towell alledgedly told investigators that he had pushed the child down after the child had peed his pants and that the child went headfirst into the floor. Towell said after about three or four seconds, the child got up crying and went to his brother’s room. He said the next day the child went to the bathroom and when the child did not come out after about 30 minutes, he went to check on him and found the child unresponsive.

According to the affidavit, the child had been taken to the OU Trauma Center in Oklahoma City by emergency personnel where he later died on Sept. 20 from injuries due to blunt force trauma.

Towell allegedly told investigators it was not the first time he had pushed down the child. He also said he would spank the children living in the home and pull them up by their hair.

On Sept. 18, the child’s grandmother had noticed the child had bruising and had a large goose egg on his forehead.

Towell is being charged with first degree murder child abuse and child abuse.