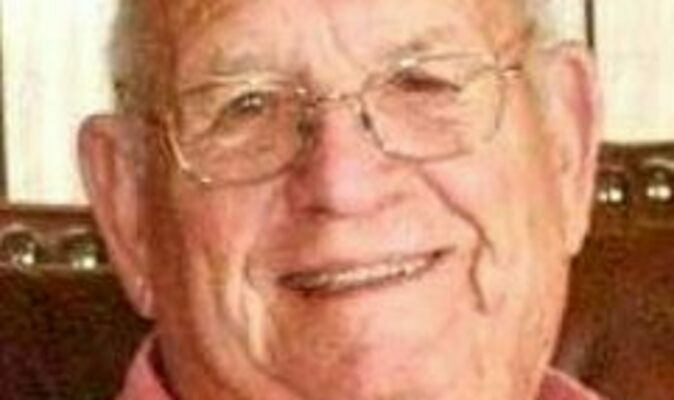 Dale Cox, 84, a lifelong resident of Comanche, passed away on Oct. 20, 2022, surrounded by his family. He was born on Jan. 19, 1938 in Comanche to Melvin James Cox and Clara (Hilderbrand) Cox. He graduated from Comanche High in 1956. He attended OSU for two years and graduated with an Associate’s Degree in Diesel Mechanics. He married his high school sweetheart, Kathern Ann Absher, on Nov. 29, 1958 at the First Methodist Church in Comanche. They had two children, Diane and Judy. Dale started driving a truck at the age of 13 and worked closely with his father, Mel. He took over the family business in the mid-1970s and ran Mel Cox Transport until the present day.

Throughout his life, Dale loved working on racecars. It was in his blood. He loved NASCAR and attended Daytona and Talladega many times. He was a charter member of Hi-Lifters car club and a member of the National Hot Rod Association. Dale also loved taking his family to rodeos. In fact, he and Kathern were both instrumental in the development of the Oklahoma Youth Rodeo Association. They also enjoyed going to Lake Murray with their family and friends. Dale was always the boat driver, and while he never skied much himself, he taught many people how to. Dale loved animals, especially dogs. He had a German Shephard named Shane and a chihuahua named Penny. He also loved taking care of his roses and frequently enjoyed an ice-cold Coca-Cola and a snack-size Butterfinger.

Dale had a long and fulfilling life, but his greatest joy was being “Papa” to Sarah. Sarah was his only grandkid, and they had a very special bond. He always sat in the floor and played with her. When she decided she didn’t like beans, he started feeding them to her one by one on a toothpick until she liked them again. When Sarah was 4, he souped up her pink Barbie corvette by taking out the original battery and replacing it with two car batteries so she would have more horse power. He also shared his love of mechanics with Sarah. When she was 13, they built an engine together in the garage. That same engine ran until just last year. Dale was present for all of the best moments of Sarah’s life, the most recent being her wedding to Clay. He was so excited to welcome a grandson into the family and couldn’t wait to see the new home they are building together.

Dale was preceded in death by his parents; his wife, Kathern; and his brother, Lynn. He is survived by his children: Diane Fancher and husband, Carlton, of Comanche, and Judy Cox, of Comanche; his granddaughter, Sarah Strecker and husband, Clay, of Comanche; his brothers-in-law, Kenneth Absher and wife, Shirley, of Del City, Ron Absher and wife, Shirley, of Comanche, and Mack Yearby, of Duncan; his sister-in-law, Elaine Hynson-Yearby, of Duncan; and many nieces, nephews, and family friends.