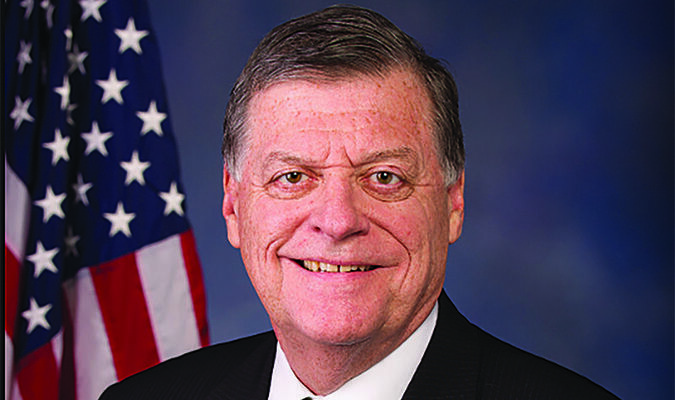 As temperatures begin to drop across the United States, Americans are becoming increasingly worried about affording to heat their homes in part due to the Biden Administration’s war on American energy. Because of President Joe Biden and congressional Democrats’ disastrous progressive energy initiatives, hardworking Americans are facing record-high prices at the pump and could potentially empty their pockets, even more, to keep their families warm this winter. Unfortunately, the president and Democrats continue to push policies that only worsen our nation’s energy crisis and threaten to leave Americans out in the cold.

With home heating costs at a 25-year high, Americans will pay between $1,300 and $2,400 to heat their homes this winter according to the Energy Information Administration. And because wages are not keeping up with inflation, Americans are already struggling to make ends meet and pay their bills. Although Oklahoma and other states are in a position to export petroleum and help curb some of the pain at home and in European energy markets, President Biden continues to make the wrong decisions when it comes to energy.

Because of the Biden Administration, our nation is in a vulnerable position and is forced to rely on other countries that do not have our best interests in mind for our energy needs. Last month, G7 countries released a plan to cap the price of Russian oil to limit Putin’s resources for his unjustified invasion of Ukraine. In retaliation, the Organization of the Petroleum Exporting Countries Plus (OPEC+), including its Russian-led allies, decided to drive up the already skyrocketing global energy costs by cutting output by 2 million barrels of oil per day, the largest cut since 2020.

In an attempt to curb this price influx, President Biden instructed the U.S. Strategic Petroleum Reserve (SPR) to release another 10 to 15 million barrels of crude oil. Not only will this have little impact on energy prices and is not a long-term solution, but it also drains our emergency reserves even more. Currently, the SPR inventory is at its lowest since 1984, and there are still 14 million barrels of oil left to sell from the 180-million-barrel sale the Biden Administration authorized earlier this year. As a tool meant to assist in our nation’s natural disasters and emergencies, such as Hurricane Ian which recently devastated Florida, this is a reckless move by our president.

By embracing all options of American energy, we can help people have access to reliable and affordable heat this upcoming winter season, regain energy independence from our adversaries and strengthen national security for our allies.
Sadly, the Biden Administration refuses to acknowledge the need to change course, continuing its mission to stifle American energy production and threaten global security.

There is no room for partisan politics when it comes to basic necessities such as heating your home. If this Administration’s current policies continue, Americans and our allies abroad will suffer the harsh and cold consequences.