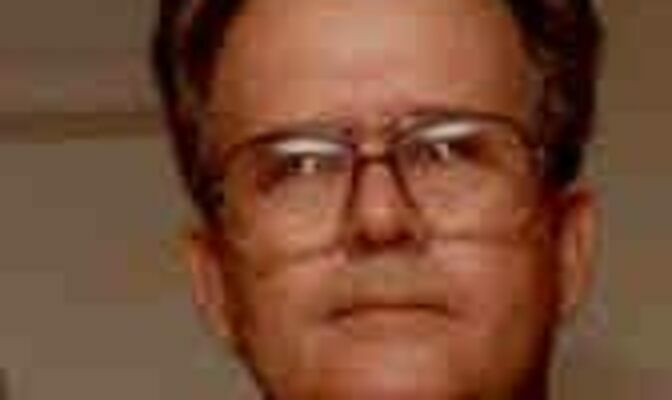 Alvin Charles Dunlap, a lifelong resident of Comanche passed away on Thursday morning, October 27, 2022 at Duncan Regional Hospital. He was 88 years old. A funeral service was held on Oct. 29 at Ray Of Hope Church, with Pastor Mike McCord officiating, under the direction of Comanche Funeral Home. Interment followed, with military honors supplied by the Stephens County Combined Honor Guard, at Fairlawn Cemetery.
Charles was born Dec. 24, 1933, in Comanche, to Alvin C. and Willa Del (Owensby) Dunlap. He graduated from Comanche High School and attended Cameron College in Lawton. Charles then joined the U.S. Army. He married the love of his life, Ruthie Joan Jones on Dec. 2, 1955, in Comanche. He and Ruthie were avid sports fans, and loyal supporters of the Comanche Indians, especially basketball. They seldom missed a game. They were also avid fans of the Oklahoma Sooners. Charles enjoyed going bird hunting, and he really loved fishing, mainly crappie fishing. He also loved refurbishing old fishing reels. In his younger days, he coached the Comanche RA’s basketball team. Charles volunteered at Ray Of Hope Church in the Food Pantry and made Scooters. He worked for Sunray and later Tosco Refineries until they closed down, putting in over 30 years of service to the companies. Charles then worked turnarounds at refineries all across Oklahoma. He also worked on his farm and raised cattle.

Charles was preceded in death by his parents, Alvin and Willa Dunlap; his wife, Ruthie Dunlap; a daughter, Charla Kay Dunlap; and one sister, Betty Morgan.