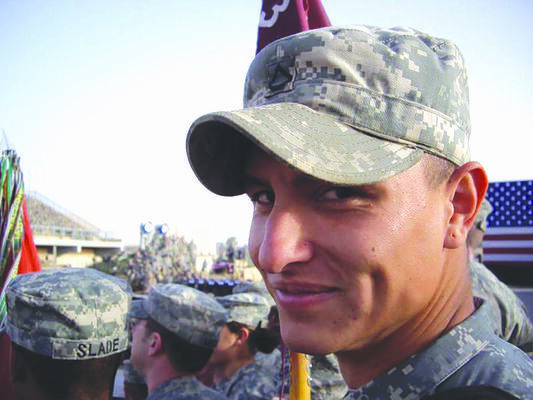 The Oklahoma Department of Transportation (ODOT) will be honoring the late Rodney Aaron Hagan, SGT of the United States Army and Comanche High School graduate for his service to his country.

Senator Chris Kidd will dedicate the Rodney Aaron Hagan Memorial Hwy 7 overpass on Nov. 29 at 2 p.m.
Dedication ceremonies will be at the intersection of Hwy 7 and Hwy 81 just south of Bois D’Arc in Duncan. Hagan enlisted in the Army at the age of 18, just a year out of high school.

He is the son of Angie McBride and Don Hagan, father of two sons, Jayden and Landon, brother to Ryan Moreno, Brandy Moreno, Logan Moreno, Courtney Bowen, Jason McBride, Robert McBride, Alex Rice, and Ty Hagan.
He attended Comanche schools from 1998 until graduation in 2005. Family, friends and the public are invited to join in honor of the service he gave to his country and fellow Americans.