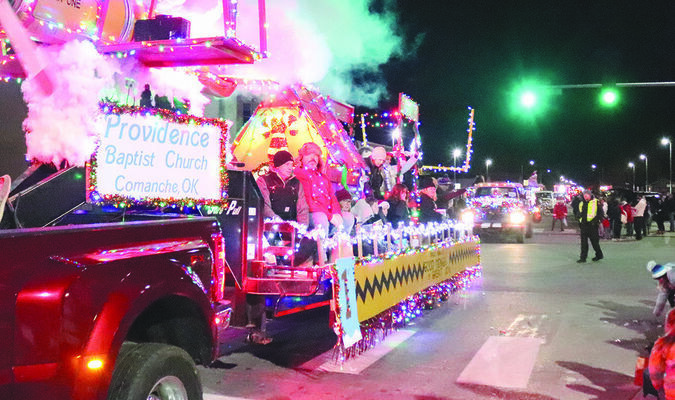 Community members came out in force for the annual Comanche Christmas Parade sponsored by the Comanche Area Chamber of Commerce last Saturday.

The long procession took just over an hour to complete with only one hiccup along the way - a stalled parade vehicle.

The weather was chilly but not too cold for those in attendance as children were able to leave the parade with buckets, bags and pocket fulls of candy and other goodies.

The Chamber Bucks drawing was also held with parade marshals John and Rita Graham of Graham Jewelry drawing the winner, who was Keith Smiley of Marlow.