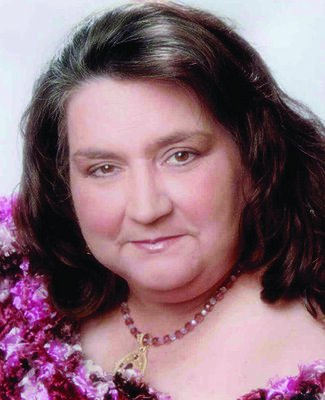 Cathy Lee (Dreyer) Frost, a longtime resident of Comanche, peacefully passed away and into the arms of her Savior, Jesus Christ, on Thursday evening, Dec. 8, 2022. She was 61 years old. A funeral service was held at Comanche First Baptist Church, on Monday, Dec. 12. Interment followed at Fairlawn Cemetery, under the direction of Comanche Funeral Home.

Cathy was born Dec. 11, 1961 in Wichita, Kan., to Warren K. and Gladys Ella Mae (Webster) Dreyer. She met the love of her life, Buddy Frost, at Oklahoma State Technology School in Okmulgee; and they were later married on Oct. 8, 1981 in Joplin, Mo. From this marriage came their two loving children, Christy and Anthony.  She loved knitting, crocheting, and sewing. Cathy was a social butterfly, she never met a stranger.  She loved doing volunteer work, helping out others. Her constant companions were her dog, Emma, and her cat, Max.