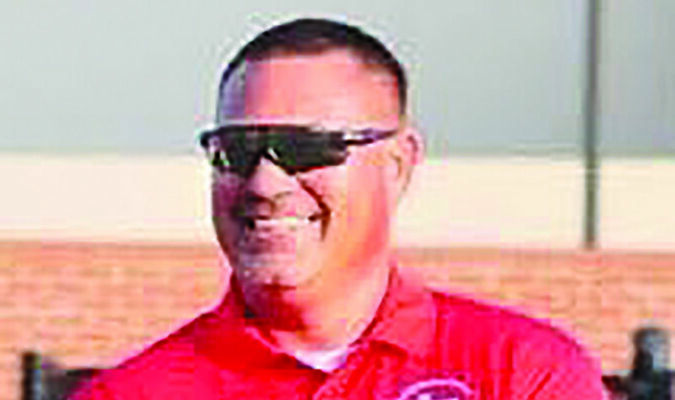 Gary Robinson got into coaching because the football coaches that invested in him growing up were like father figures to him.

“Coaching staffs helped raise me,” Robinson said. “They taught me how to be a man. That’s what I wanted to do.”

Robinson will get that chance at Comanche as he was hired as the new varsity football coach at a board meeting last week.

He spent a year at Grandfield most recently, where he went 3-7, but previously had long coaching stints in Texas. He was an assistant coach for 12 years before becoming the head coach in Poteet, Texas in 2006. Two years later, he started the program in the Krum school district where he remained 10 years. He then coached in the Joshua school district for three years before retiring.

Robinson, 55, said he is excited about the opportunity to come to Comanche.

“I wanted to get back into 11-man football,” Robinson said. “It’s a pretty nice facility and I love the football field. All the sports facilities are really nice. I haven’t met a lot of people yet, but those I have have made me feel at home already. Comanche will be a blessing for me and be a good job. I really appreciate Coach (Sean) Hushbeck and the administration. It was a really good process.”

Robinson will continue to have responsibilities in Grandfield for the time being. He plans to find a time in the coming weeks to meet with assistant coaches and players.

Robinson is an offensive-minded coach.

“Our offense will be the typical spread offense,” Robinson said. “I like to run jet sweeps, quick screen and play-action passes. It’s a multiple offense and we will go fast if we can and be uptempo.”

The coach will leave the defense to the defensive coordinator but he does have certain things he is looking for.

Robinson is also a firm believer in getting in the weight room, especially in the off-season.

“Games in the fall are won in the weight room December through August,” Robinson said.

His wife, Linda, and their four children live in Texas. Linda Robinson is the department chair of information technology at Weatherford College in Weatherford, Texas. They have two boys and two girls in grades ranging from 10th to 4th who are all involved in competitive sports.

Robinson himself is also a competitor off the football field. He enters bicycle races and triathlons.

Comanche superintendent Julie Bills is happy to have him on board.

“Mr. Robinson has a strong history of football knowledge, the building of successful programs and the mentoring of football students and coaches,” Bills said. “I am excited to see him become a part of the Comanche family.”

Robinson has an extensive lists of accolades while in Texas, including several district coach of the year awards. In 2015, he took his Krum team to the 4A state quarterfinals and was named the Lone Star Gridiron 4A Coach of the Year.

“I’m looking forward to working with the students and staff at Comanche Public Schools,” Robinson said. “My goal is to promote the game. The football program should provide an area of moral enrichment, discipline, teamwork and mental toughening. Further, the program should reflect the personality of the school and the community.”