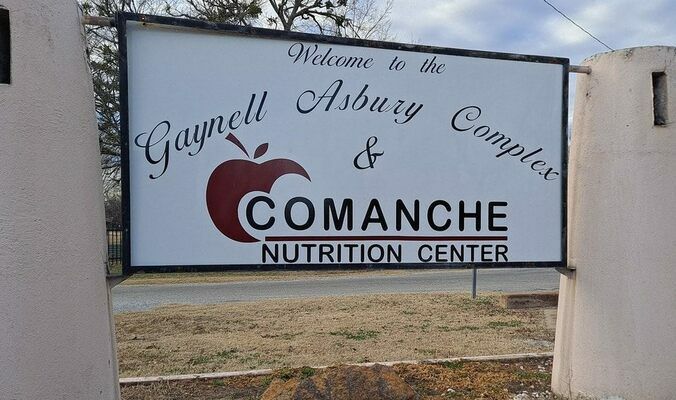 Trying to help find a solution for the Senior Nutrition Center was on the Comanche City Council agenda last Tuesday.

Ralls said the Senior Nutrition Center is approximately seven percent under on revenues and 35 percent over on expenses. The center is already more than three-quarters of its way through its annual budget in just a few short months since the beginning of the fiscal year.

He gave an example of the numbers from November.

“We served 850 meals, the average paid was $2.10 per meal,” Ralls said. “At that point, we had a cost of $3 per meal. We had a significant amount of people that were not playing and we had also lost several sponsors.”

The numbers were lower in December and in January, the price of meals for seniors increased from $3 to $5.

Funding for center is provided by grants. The cost of the food is paid for by one of those grants, but it is a reimbursement. The city pays for the food up front and then several months later will get the money reimbursed.

Money donations, fundraisers and the cost of the meals go toward other expenses such as employees, repairs, inspections, equipment and building expenses and miscellaneous non-food items.

Ralls answered questions and heard comments from several seniors in attendance about the center, who all wanted to keep the nutrition center open.

Ralls said the center is averaging 30 people eating per day. In order for the center to become viable, it would need to increase to about 38 people per day.

Ralls said food donations, though beneficial, would not solve the problem because grants cover the cost of food. He said there used to be several sponsors purchasing the food on a monthly basis for individuals but that number has dwindled significantly.

They receive various donations from participants, in memory of, businesses and other donations. In 2019, the center received approximately $17,000 in donations. Over the past six months it has declined to $2,175.

All council members said it was important to keep the center open and they voted to keep things going through June however it needed to be done and to revisit the matter in July.

“Our greatest need is funds to offset labor and other cost that we don’t have grants for,” Ralls said in a later interview.

A sponsorship to purchase meals for a senior citizen varies because of need but a full month is approximately $80.

“With sponsorships, they can name a person that they know is unable to pay or they can adopt someone from our list that we know isn’t able to pay or that has opted out of the delivery schedule,” Ralls said.

The ones needing assistance are known by the center’s staff, Ralls said.

“Some (seniors) only have enough money to get 2-3 meals a week or only for the first week of the month or so. Each participant needs different levels of assistance,” Ralls said. “They can go through the nutrition center or if they want to be more discreet, they can go to or mail their donation to city hall.”

The city will accept any amount in donations. If it is not specified to sponsor an individual, it will go into a holding account for other needs as they arise. All donations are tax deductible.