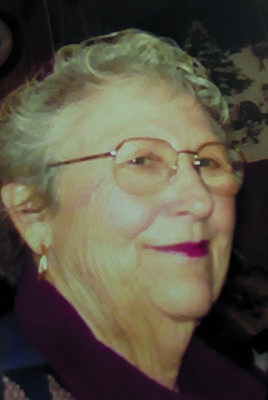 Jean and her twin sister Joan were born to Elmo and Grace Bounds on Jan. 6, 1940, in Denver.

She graduated in 1957 from Comanche High School. She earned an associates degree from Murray State College and a bachelor’s in elementary education from Panhandle Agricultural and Mechanical College.

She married Robert Bezner on Jan. 24, 1961, in Clayton, NM. As an Army officer’s wife, she lived around the U.S., as well as Berlin, West Germany, and Seoul, South Korea.

She taught at Grandview School in Comanche, Seoul International School, and substituted in Barstow, Calif.

She was an active member of First United Methodist Church in Comanche, a member of OHC, and volunteer with Helping Hands. She loved to travel, quilt, garden, raise chickens and sing off-key.

During college she became a water safety instructor and was proud of being the only female lifeguard at a Berlin pool. In her mid-40s she took up tae kwon do after being told she was “too old” because of her salt-and-pepper hair.

She was preceded in death by her husband who passed away in March 2021, parents, mother and father-in-law Rose and Aaron Bezner, and her brothers-in-law Jack Shutts and David Bezner.

She is survived by her daughters, Leslie Bezner of Las Cruces, N.M., Sherry (Bezner) Fick and husband, Daniel, of Liberal, Kan., and the Rev. Lisa Jo Bezner of Raton, N.M.; her sister, Joan Shutts of Comanche; her sister-in-law Judy (Bezner) Fruge; her grandchildren, Beau Fick of Hays, Kan., and Shelisa (Fick) Nelson and husband, Skyler, of Tyrone; niece Cari (Shutts) Montgomery, as well as many cousins.

In lieu of flowers memorials may be sent to First United Methodist Church, Comanche.

A funeral was held Saturday, July 24 at First United Methodist Church in Comanche with the Rev. Kevin McKinley officiating and burial followed at Fairlawn Cemetery.